here is my next repair project. We bought a Sous Vide from Aldi Nord for around 50 bucks. These gadgets are awesome, when you wanna make meat really smooth and tasty, only down is, that it takes hours before it is finalized.

So our Sous Vide suddenly did not heat any more and i did not wanna throw it away. So I wanted to try to repair it. Saying this there was a big issue, how to get this thing open. On YouTube no one had any video, how to open it up, just these stupid unboxing videos no one  wanna see. But these kids seem not to be able to do more than unboxing...

So here is what i found out:

Good news is you do not need to break anything by force, you can easily remove the top black cover with e.g. a thin wire pulling under the cover and loosening it up. It is just glued to the plastic top cover.

Then you can remove the screws and take off the cover.

Now you need to loose some more screws, that hold the power line in place to be able to pull out the electronic board of the Sous Vide.

Now the issue is the relays, you can see in the picture. The switching circuit still worked, but it did no longer close the circuit on the power side.

The solution was easy, just to replace it. I used a replacement relay with 12V DC switch power and 16A, 250V AC on the power side. It is about 5 bucks.

I again used my desoldering gun, which did again a great job getting the solder off the circuit.

After resoldering everything back i did some testing and all worked fine again.

So i hope this helps a bit. If anybody of you have some more repair hints, i would be glad to post them or post a link to your site.

i bought myself a new Android TV Box H98 Pro Plus which is really awesome in speed and flexibility.

This box comes with Android 6, but can easily be upgraded to Android 7.1.1, which i use now.

Problem with this box is the temperature. It gets way to hot.

So i thought about buying me a airvent to just have a constant flow of cool air to the mainboard.

This is what i bought on amazon an it is great. Did cost about 10 bucks, is very silent (just 18 dBA) and is powered by usb via the box itself.

Here is a picture of how it looks. I just put it under the box and temperature is as low as 40 degree celsius. 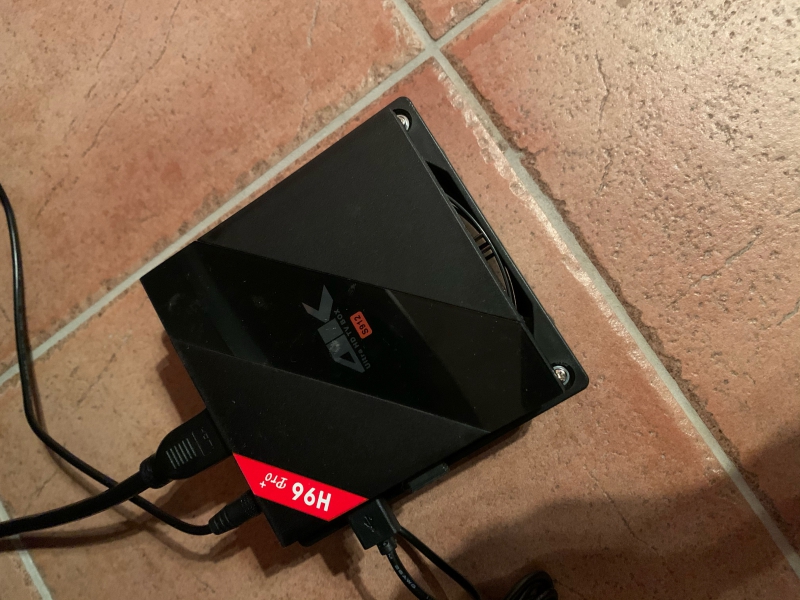 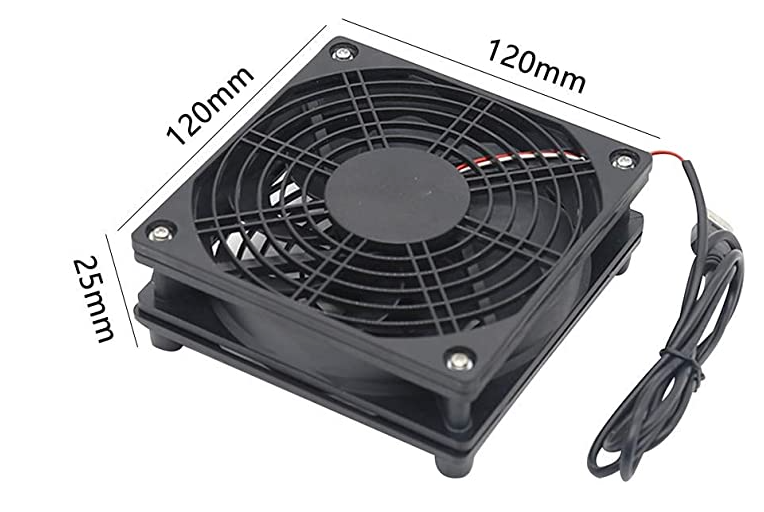 Do you know the problem, when you get mad, because of an electronic device squeaking very high.

Had the same now with my old fritzbox 7270 V2. I do not want to throw it away, as i was hoping, that the root cause was an elko, as they are most of the time the issue in such devices.

So I opened it up, which is quite easy, cause there are only a view clamps, you can easily open with a screwdriver. So thanks AVM for making this device repairable.

Here you see the picture of the board and also the defective elko. It is a 100 µF, 25 Volts. Had only the same with about 50 Volts, but that's ok.

So how did I find it? Very simple, I googled a bit and found a forum "ip-phone-forum", a user panda3 had put in the solution into the thread "7270 pfeift".

So thank you Panda3 for finding and sharing it.

Now how to get the defective bastard out of the board. I used a so called De-Soldering-gun. It is a combination of a soldering gun and a desoldering pipe. Just google about it. It is about 20 bucks.

After getting the solder off, I could easily remove the elko and put the new one in. A short test was positive, so now i have again my peace of mind. 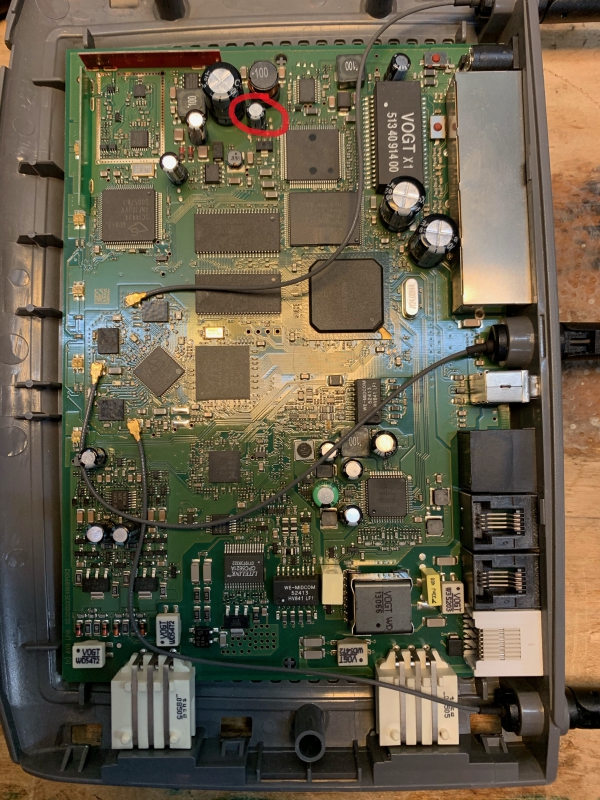 it´s me again, having another defective gadget, i do not want to throw away.

So, this is a LED Christmas star, which is battery driven and just has an RGB LED, that changes colors slowly, though giving a very warm christmas feeling. 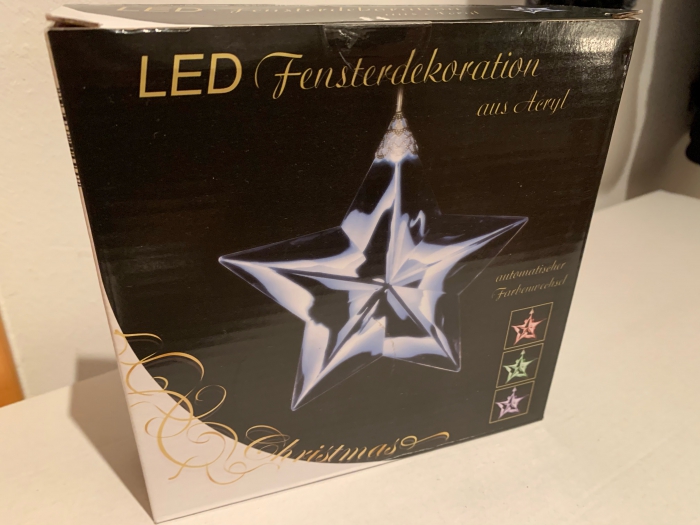 Problem is, this thing is made so cheap, the cable, connecting the LED to the controller has no strain relief, so the cable just broke.

Now i had to get the glued LED out of the polymer star without destroying it. This I did with a little drill, going into the middle of the LED and getting slowly to bigger sizes. In the end, i used a 10 mm drill and now the replacement LED fits in just nicely.

Do not make the hole too big, as the new LED needs to be glued in again. I just used a heat glue pistol. That worked fine for me.

I took this RGB LED as a replacement, but the important thing is that they have a common anode, not a common cathode.

Next thing was soldering the cables directly to the LED, but do not forget to think about the strain relief before.

Then I made sure the cable has a strain relief by a combination of  4 small shrink tubings covering each single pin of the LED, then folding the cable twice over the already heated small shrink tube performing an 8 and fixing it in place with a bigger shrink tube over all 4 pin connections at once. 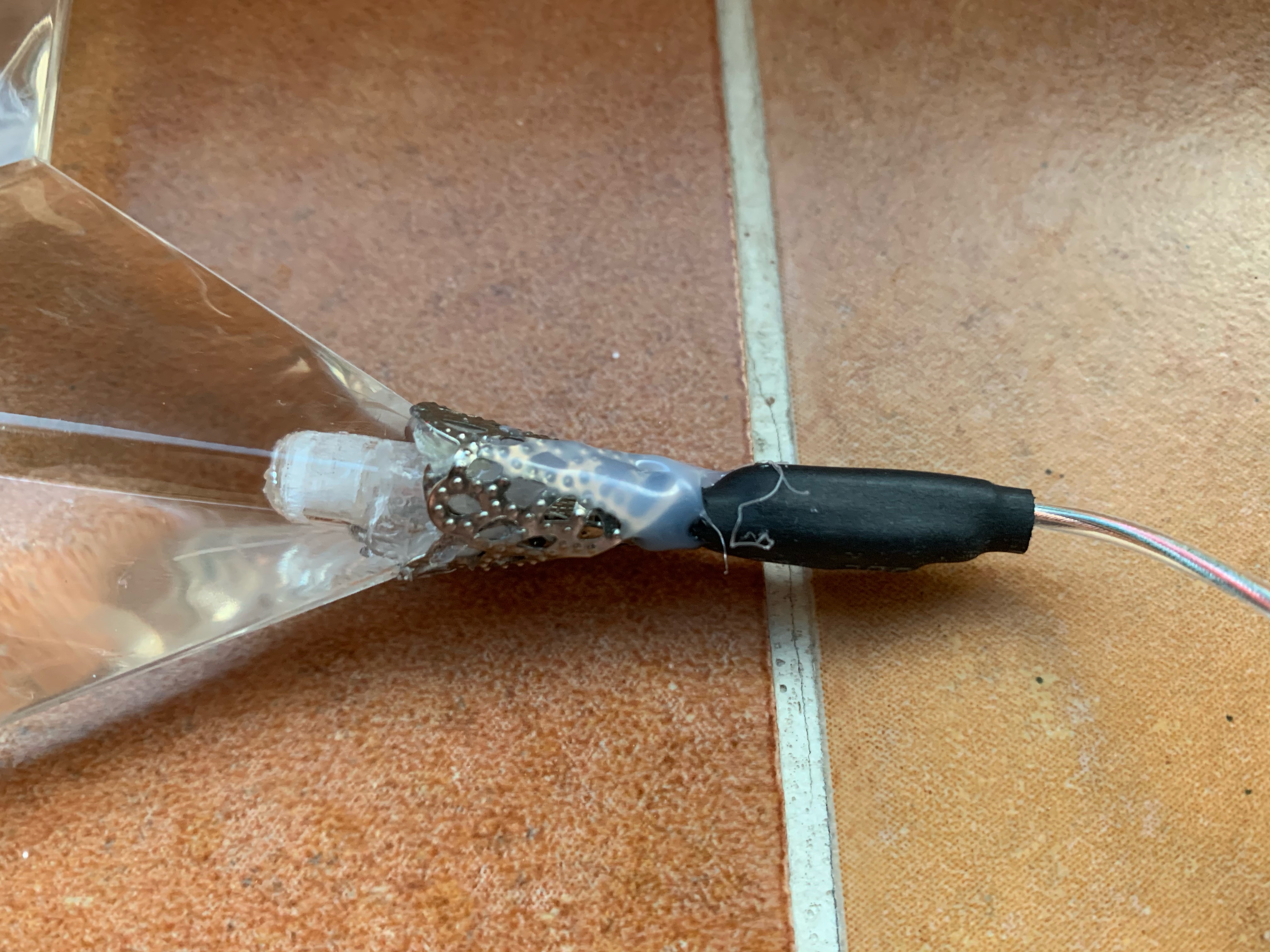 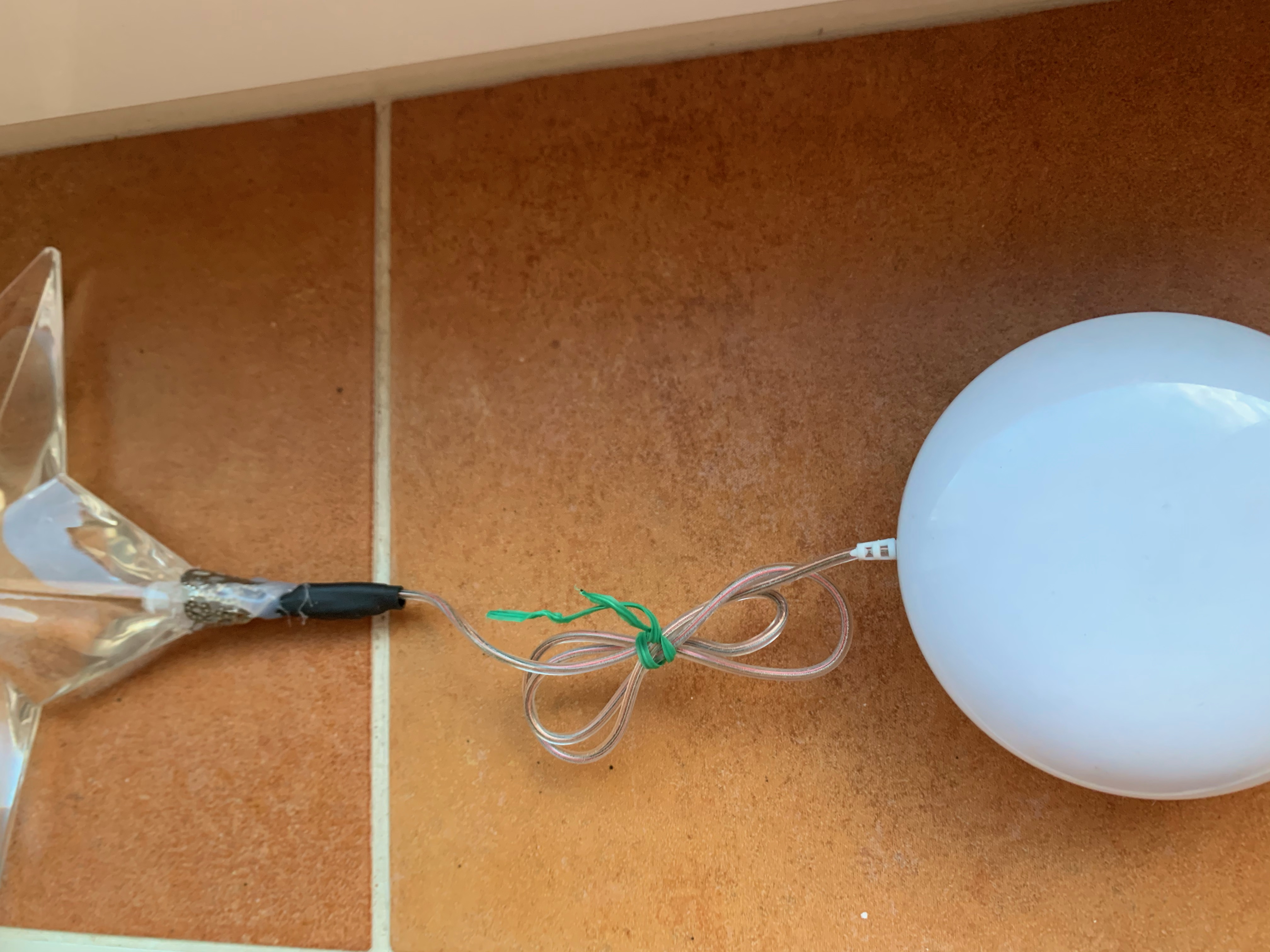 ​Now works like a charm again and giving us warm Christmas feelings. Another gadget saved from waste.